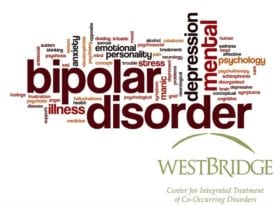 Bipolar disorder gets its name from the two extremes that it represents. Those who struggle with bipolar know both manic episodes—characterized by high energy levels, a great mood, and an overall sense of optimism—and depressive episodes, which are just the opposite. What is not as frequently discussed is the “mixed” episode, which is another indication of a bipolar disorder—and in some cases one of the most dangerous.

As its name suggests, the mixed episode combines the highs of mania with the lows of depression. In other words, it is all of the extremes of bipolar disorder in a single experience—an experience that can last for days, weeks, or even months—or in rapid succession. Of course, this is a particularly potent combination, and mixed episodes can bring higher risks of suicide.

The symptoms of a mixed episode can be wide-ranging. Symptoms of mania include high energy, racing thoughts, extremes of irritability, and a general sense of agitation. Depression symptoms, meanwhile, include sadness, low energy and feelings of worthlessness or aimlessness. The person experiencing a mixed episode may exhibit each group of symptoms in rapid succession. This may seem impossible, yet these different symptoms can co-exist, and do so more often than people might realize. For example, someone with bipolar disorder may experience the high energy levels of mania at the same time that he feels the despair of depression.

The good news is that recovery is possible, and symptoms can be managed; the first step is to seek dual diagnosis care from a reputable mental health recovery center.

Have you experienced a mixed episode? Share your story with us.