It is natural, normal, and healthy to have changes in mood—sometimes gradually, sometimes all of a sudden. However, when those mood fluctuations are erratic, frequent or irrational, this may point to a mental health disorder, specifically bipolar disorder.

Bipolar disorder is a chronic disorder that is characterized by extreme variations in mood. Bipolar can be diagnosed in children, teens, and adults, and when untreated the symptoms can worsen over time. Through the right clinical care, however, bipolar disorder’s symptoms can be managed, and recovery can be long-lasting.

The first step toward seeking the right treatment is developing a full understanding of bipolar disorder—its symptoms, its causes and the connection between bipolar disorder and other conditions, such as substance use.

Signs and Symptoms of Bipolar Disorder in Men

Those who have bipolar disorder may notice a few different signs and symptoms. A partial list of them includes: 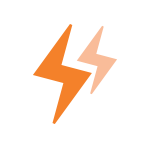 Distinct Variations Between Manic and Depressed States, and Sudden Shifts Between the Two 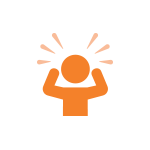 Anxious Distress—Feeling Restless or Nervous all the Time 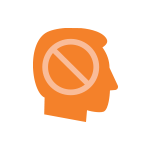 Catatonia—Not Reacting to the Environment or to People Around You 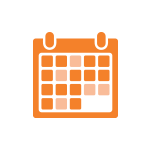 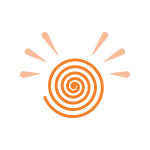 Psychosis, or Detachment from Reality 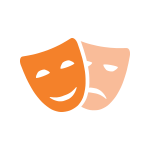 Features that Mix the Symptoms of Mania and Depression

No two people are exactly the same, so remember that even two people with the same bipolar diagnosis may have totally different experiences and symptoms.

Pinning down the specific cause of bipolar disorder is difficult. Its precise cause-and-effect is not quite known, but there are a few factors that have been isolated as significant. Bipolar disorder may be caused by any of the following or by a combination of them:

The Connection Between Bipolar Disorder and Substance Use

What are the Treatments for Bipolar Disorder?

While bipolar disorder can be a chronic, lifetime condition, it can also be managed; recovery is possible, but it will require clinical intervention. The first step is to seek an accurate diagnosis—one that pinpoints the specific form of bipolar disorder, and also any co-occurring conditions, such as substance use. Dual diagnosis care is the best option here.

From there, a specific recovery action plan can be formed, with the help of a counselor or therapist. Bipolar disorder varies from one person to the next, and even two people with the same diagnosis can have very different symptoms. Treatment must also vary from person to person. It may include individual therapy, group counseling, ongoing involvement in a support group, and in some cases medication.

When medication is used, it may involve up to three different categories—including mood stabilizers, antipsychotics, and also antidepressants.

What Can People Expect After Bipolar Disorder Treatment

Treatment for bipolar disorder can often be quite effective, and lifelong recovery is more than possible. The important thing to understand is that recovery is an ongoing process, not something that happens overnight. As such, ongoing counseling or involvement in a support group is often recommended, and medication may be taken on an ongoing basis to help manage symptoms.

It is also important to maintain a calm environment at home; and, to ensure a support structure of encouraging family members and friends. Good mental health habits—like regular sleep, exercise, and good nutrition—can also be invaluable.

Recovery from bipolar disorder and co-occurring conditions—including substance use disorders—begins with a diagnosis. Finding a good dual diagnosis care facility is vital. For men struggling with bipolar disorder, as well as any other mental health conditions, we encourage you to seek care from WestBridge. Our evidence-based approach has yielded significant results throughout our years of dual diagnosis work.

Learn more about the dual diagnosis process, and about how there is hope for bipolar disorder treatment and care at WestBridge. Contact WestBridge to learn more about what we can do for you or for your loved one.