Bipolar Disorder Day is observed each year on March 30th. The purpose of this day is to bring world awareness to bipolar disorders and eliminate the social stigma that is carried with its diagnosis. Bipolar Disorder Day aims to improve sensitivity towards bipolar disorder through awareness. With advocacy and informative education, awareness can help promote early detection and accurate diagnosis. 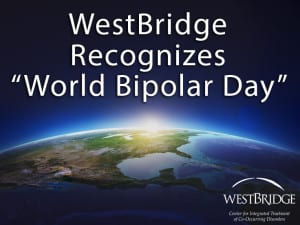 Nearly 6 million Americans are currently affected by bipolar disorder. According to the American Journal of Managed Care, in a national study, about 56% of individuals with bipolar disorder had experienced drug or alcohol addiction during their lifetime. Additionally, 41% had abused drugs or were addicted to drugs and alcohol addiction was the most commonly abused substance among bipolar individuals.

Bipolar disorder is also known as manic-depressive illness, which is a brain disorder that causes unusual shifts in mood, energy, activity levels, and the ability to carry out daily tasks. It is marked by experiencing mood swings and intense emotional states. These mood changes are different from the normal ups and downs that everyone goes through from time to time.

Each mood episode represents a drastic change from a person’s usual mood and behavior. An overly euphoric or overexcited state is called a manic episode, while an extremely sad or hopeless state is called a depressive episode. Bipolar disorder may also be present in a mixed state, with the experience of both mania and depression simultaneously occurring. The severity of symptoms, along with the recurrence of mood episodes, can vary in degrees for each person. Bipolar disorder is a varied illness with far reaching affects, including:

Like with most brain illnesses, there is no permanent cure for Bipolar Disorder. Nonetheless, people with Bipolar Disorder can still lead healthy, productive and satisfying lives with the right combination of therapy, medication, social support and self-management techniques. In most cases, effective treatment can help reduce the frequency and severity of episodes, and empower people to have greater control in identifying and managing their symptoms.

Bipolar disorder can be a controlled illness rather than a set of defining characteristics. Self-stigma can sometimes be the most difficult kind of stigma to fight, and it may cause people to stop their treatment, isolate themselves from loved ones, or give up on things they want to do.

By focusing on strengths – and not limitations – and by being actively educated about bipolar disorder, misperceptions can be addressed and treatment can be sought through support. Bipolar disorder, similar to heart disease or diabetes, is a physical illness requiring medical treatment. With the proper treatment and intervention, people with bipolar disorder are successfully able to incorporate daily productivity and constructive participation in social and professional pursuits.

Co-occurring substance use is very common and treatment is available to address both concerns. For more information on treating a bipolar disorder with underlying substance use, please call us at 1.877.461.7711

Linkedin
This entry was posted in From the Center. Bookmark the permalink.