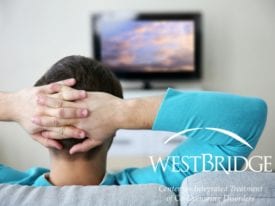 How Mental Health is Portrayed on TV

But is it possible that change is coming, and that mental health disorders are finally starting to be portrayed fairly and realistically? It is possible. One example is how obsessive compulsive disorder (OCD) is depicted on television: Where older shows like Monk showed it to be almost a kind of magic ability or superpower, more recent programs like Girls reveal it to be pervasive and paralyzing—and that is certainly true to the way most people experience OCD.

The CW musical comedy Crazy Ex-Girlfriend has done an admirable job taking seriously the toll of depression and anxiety. Bojack Horseman—an animated show—has wrestled with depression, while another Netflix drama Flaked, is honest about the circuitous path of addiction recovery.

There is still progress left to be made, and still plenty of shows that are muddled or misguided in how they portray mental illness. Even the fact that shows take this seriously—and now hire consultants to at least try to get the details right—is a good sign, however, and a big step forward.

Ultimately, this is something that matters—because TV dictates the way so many people understand mental health issues. It may be fiction, but it is still influential—and we are glad to see many creative folks using this influence to beat stigma, not advance it.

What are your favorite portrayals of mental health disorders on TV or in the movies? Let us know!

Linkedin
This entry was posted in From the Center, Mental Health Disorders. Bookmark the permalink.